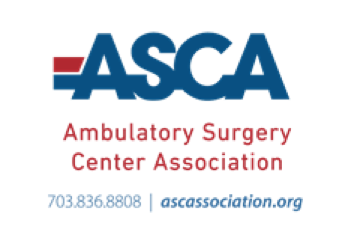 Abington Surgical Center is a proud member of ASCA.

While the PHC4 report contains some interesting data about Pennsylvania ASCs, it falls short of presenting an accurate profile of the real-life operating value that ASCs provide to their patients and the state of Pennsylvania. In addition, as the authors of the report point out, the data must be considered carefully before any conclusions can be drawn.

ASCs—by design—are a convenient, personalized, lower-priced alternative to hospital outpatient departments. For a fuller picture of the many ways they serve their patients and communities, it is important to consider the following:

In 2012, Medicare saved more than $39 million because of the program’s beneficiaries in Pennsylvania who elected to have their cataract surgery performed in an ASC:

Because of the high quality, lower cost care that ASCs provide, they continue to gain popularity among patients. As the fight to contain health care costs continues, ASCs represent a substantial value and a model of success.

About ASCs: ASCs are an integral part of the health care system, providing critical access to surgical and diagnostic care, including preventive services. As essential Medicare providers of surgical and cancer screening services, ASCs perform more than 40 percent of Medicare colonoscopies.

About the Ambulatory Surgery Center Association (ASCA): ASCA is working to raise awareness of the important role that ASCs play in the US health care system and the high-quality, cost-effective care that ASCs provide. For more about ASCA, go to www.ascassociation.org.